Minister Schramböck: SMEs are the backbone of the economy - WKÖ-Rabmer-Koller: EEN offers tailor-made support - FFG-Egerth: 73.000 companies in Austria have benefited since 2008 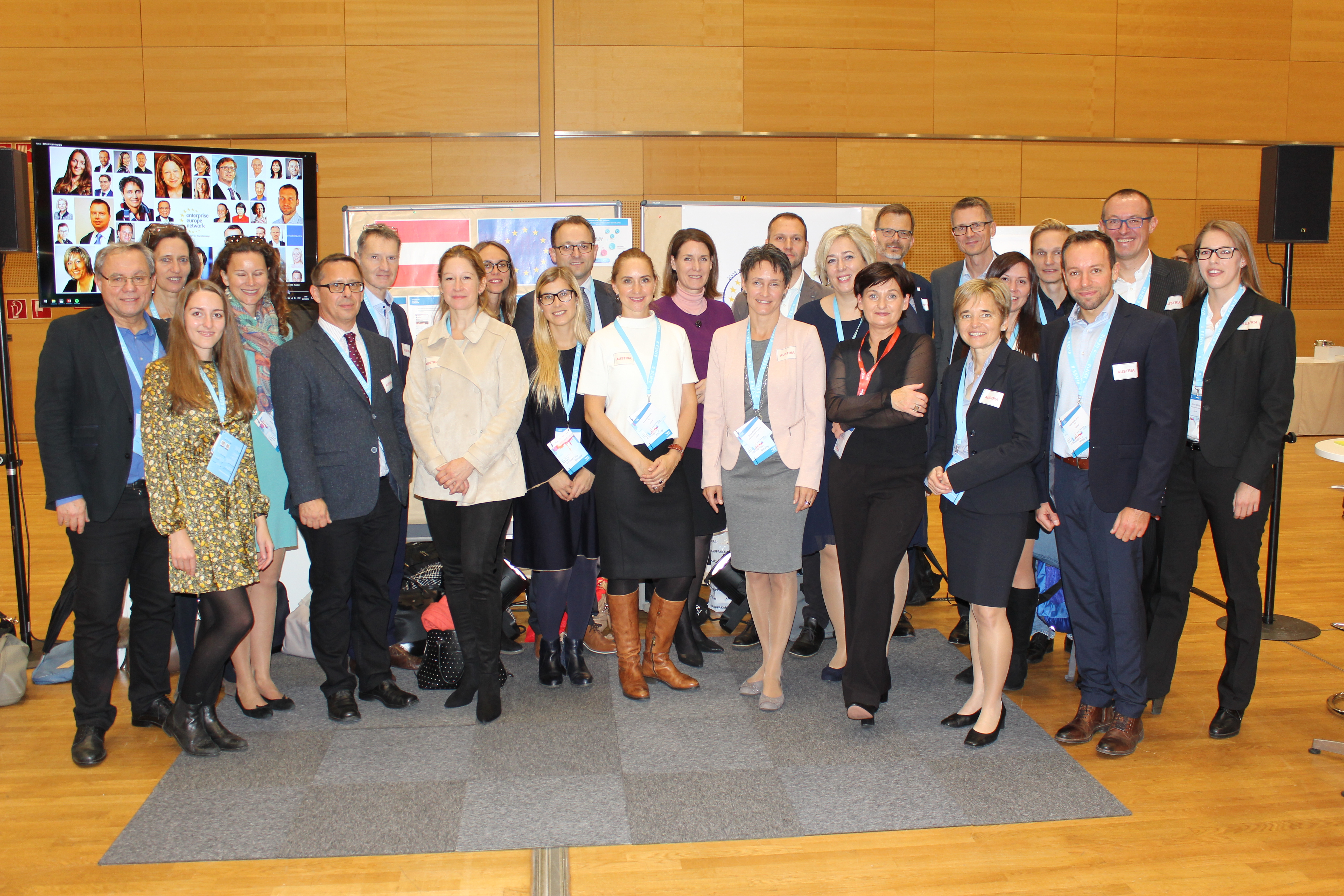 The Enterprise Europe Network (EEN), the world's largest network to support small and medium-sized enterprises with international ambitions, is meeting within the Austrian Presidency of the Council of the EU for it’s tenth Annual Conference in Vienna. Around 800 experts from 60 countries have been invited to Messe Wien by the Austrian Federal Economic Chamber (WKÖ), the Austrian Research Promotion Agency (FFG), the Austrian EEN partners and the European Commission. The conference, which will be opened by Deputy Director General Irmfried Schwimann (DG GROW, EU Commission), will focus on the future design of support and services for innovative and growth-oriented small and medium-sized enterprises. The common goal is to provide SMEs with the best possible support so that they can take full advantage of the opportunities offered by the single European market.

"I am delighted that the Enterprise Europe Network Conference is taking place in Vienna this year within the Austrian Presidency of the Council of the EU. It offers partners, representatives of European institutions and stakeholders a global forum for exchanging ideas - with the aim of improving quality, networks and cooperation. This is particularly important for Austria. At present, the Austrian economic situation presents a positive picture: the economy is in an upswing phase and is developing better than in EU comparison, employment figures are rising while the number of unemployed continues to decline. With around 99.6 percent, our small and medium-sized enterprises are the backbone of these developments and contribute significantly to the success of our  economy", says Margarete Schramböck, Federal Minister for Digital and Economic Affairs and current Council President. Significant changes in the business environment, such as digitalisation and the use of new technologies, present SMEs with particular challenges. "Digitalisation is an opportunity for our SMEs to become even more competitive in the future. The EEN is making an important contribution to networking and mutual learning." 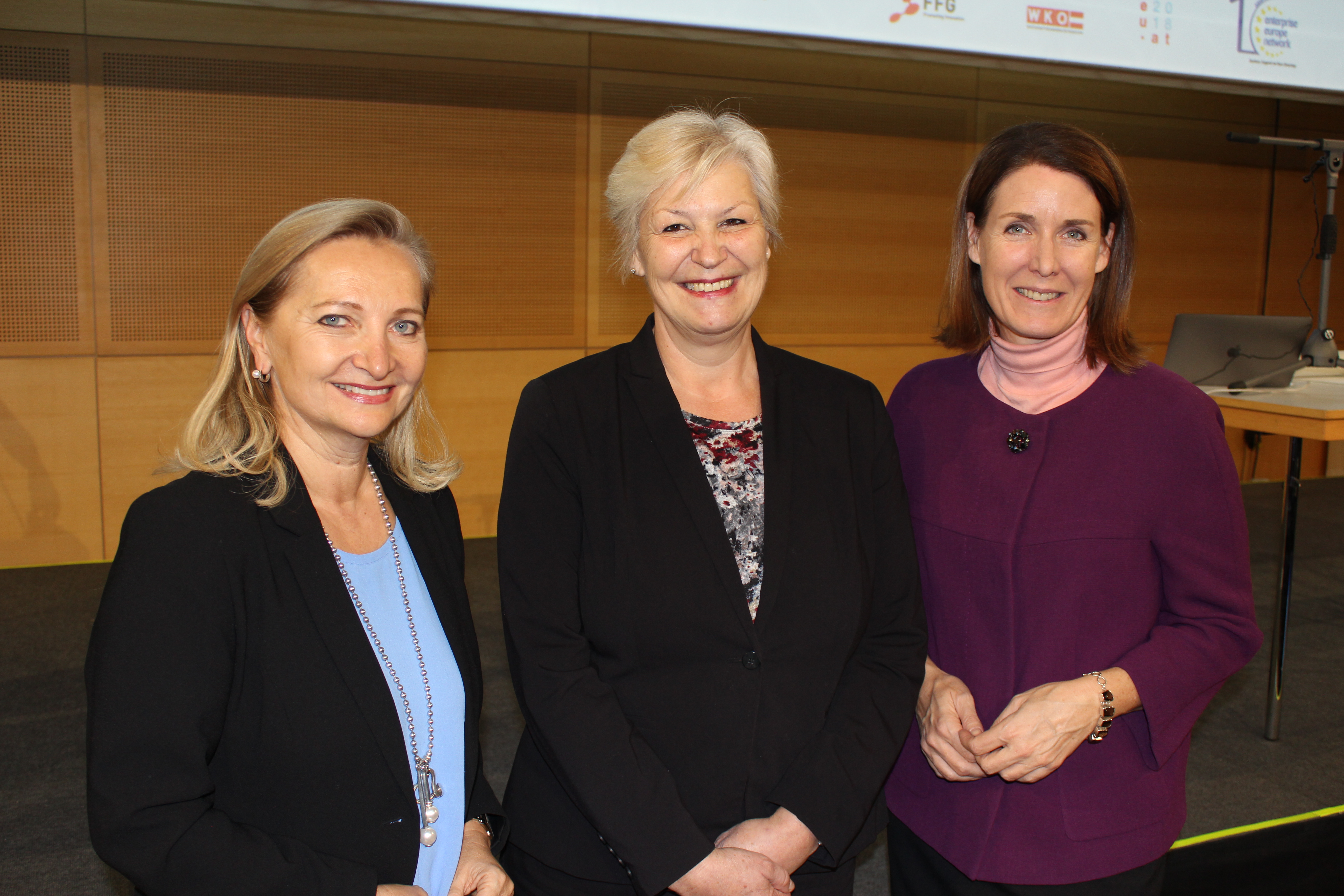 Ulrike Rabmer-Koller, Vice-President of the Austrian Federal Economic Chamber (WKÖ) and President of the European SME Association UEAPME, on the importance of the EEN: "The Enterprise Europe Network is an indispensable partner for small and medium-sized enterprises. It provides tailor-made support, information and advice to help companies find their way around the European single market and take advantage of business opportunities. In addition, as one of the supporters of the EEN in Austria, the Austrian Federal Economic Chamber receives valuable feedback through this network on where companies are struggling in the internal market - whether trade barriers exist or European law is disregarded or inadequately implemented. Currently, only one in four companies in Europe is active across borders. "The internationalisation of SMEs in Europe must be continued and intensified so that even more SMEs can take advantage of opportunities in Europe and on third markets. The EEN should also play an increasingly important role in topics such as digitisation in the future", Rabmer-Koller said about the further development of the EEN in the next EU financial period starting 2021. 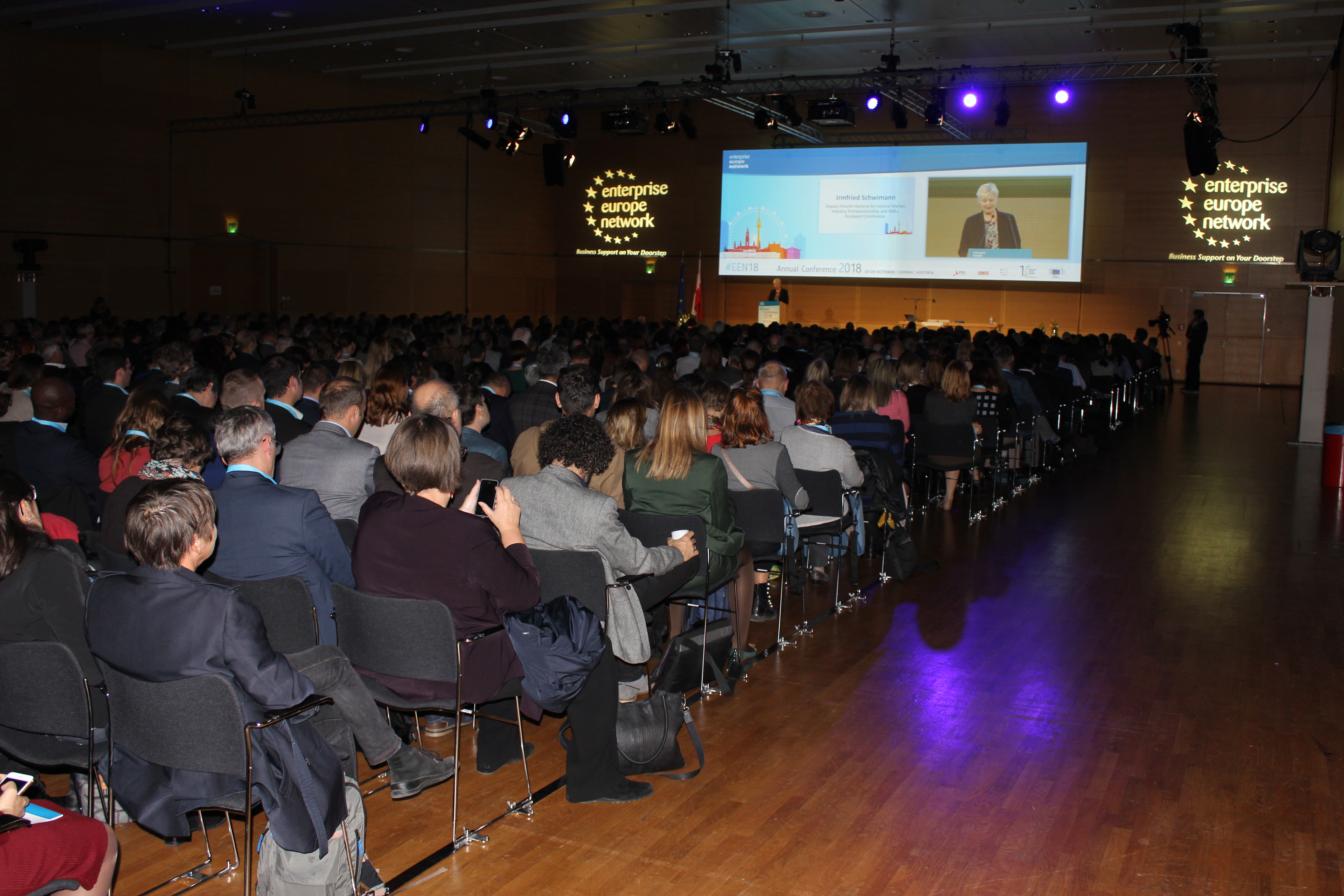 About 800 interested people attended the opening of the EEN Annual Conference.

"Over the past ten years, the Enterprise Europe Network has developed into an essential innovation network for SMEs and provides a decisive advantage on European and international markets", emphasises Henrietta Egerth, Managing Director of the Austrian Research Promotion Agency FFG. "The Enterprise Europe Network is a very good integrator - the experts offer SMEs a comprehensive, customised service at regional, national and international level". With success: More than 7.000 SMEs are in contact with the EEN every month. Since 2008, around 2.6 million SMEs have benefited from the EEN, in Austria around 73.000 SMEs have received substantial support. Egerth also underlines the well-functioning innovation chain: FFG prepares the ground for successful participation in European programmes such as the SME instrument with national funding programmes and, as the National Contact Point for European programmes and a partner in the EEN, for companies with an affinity for research and innovation, offers a strong range of information and advice as well as a valuable international network.

The Enterprise Europe Network is funded by the COSME programme of the European Union. The network has around 600 partner organisations worldwide (chambers, research funding agencies, business associations, universities) with 3.000 experts in more than 60 countries. In Austria, WKÖ and FFG coordinate the Austrian consortium, which consists of eleven partners from several provinces. 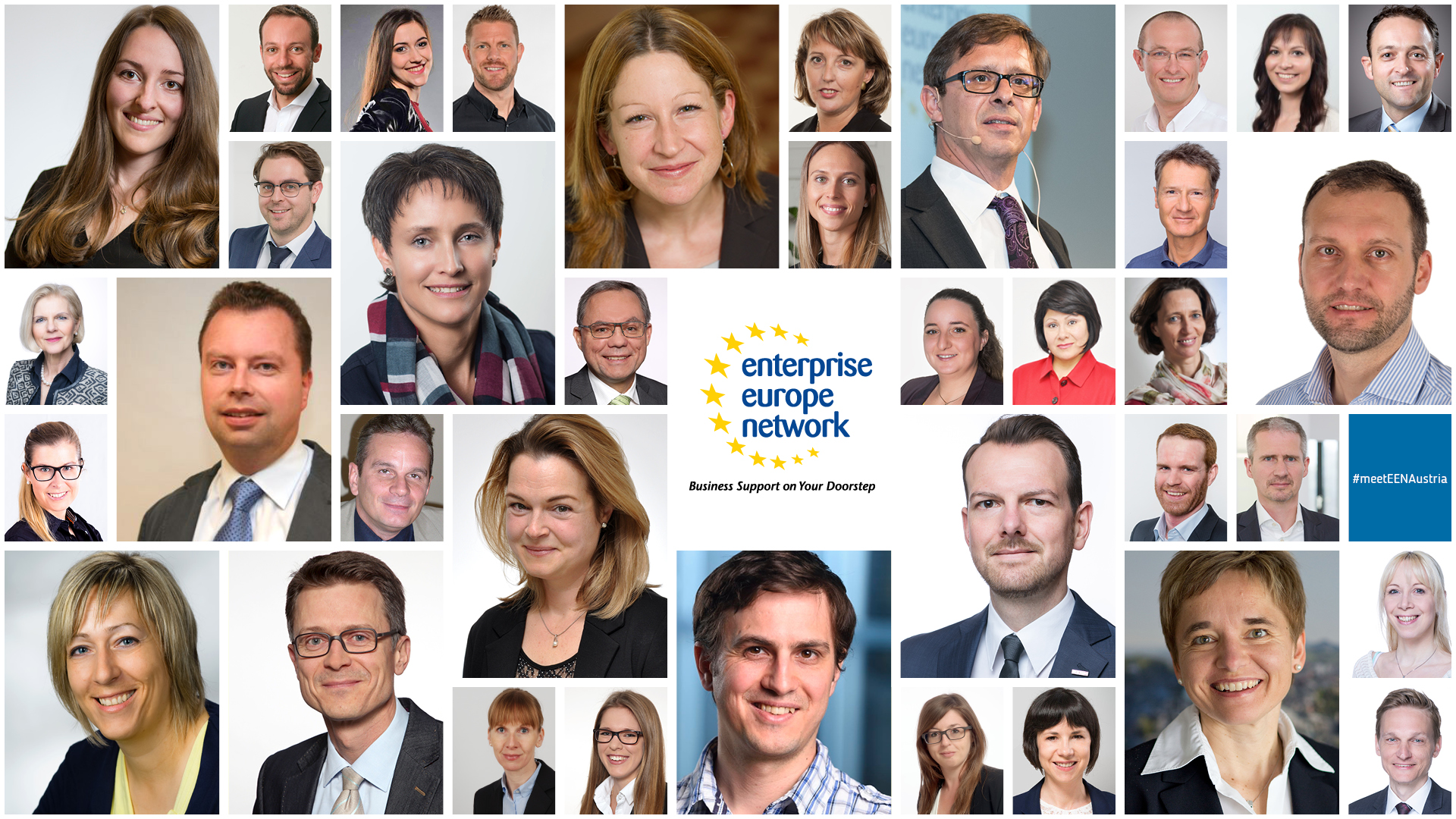 The EEN offers comprehensive services such as  the initiation of international cooperations, advice on EU laws and the Internal Market, innovation support as well as the introduction of technologies in new marketsand can be reached by Austrian companies at www.een.at.