COST offers a valuable network of ideas for researchers in Europe

Annual Event of the COST programme in Vienna - Egerth and Pseiner: FFG provides specific support - Schädler: COST is an important pillar in the European RTI landscape 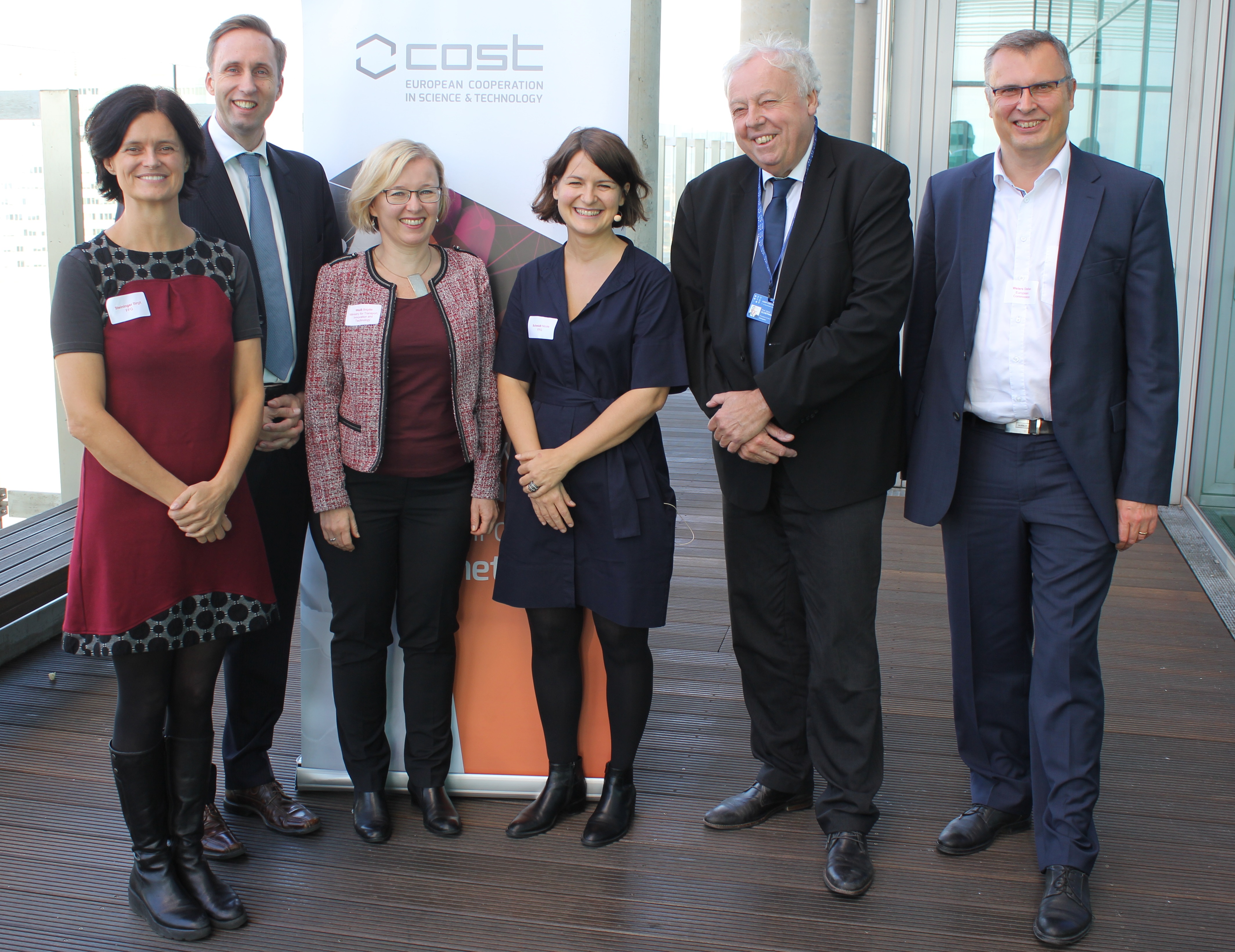 COST (European Cooperation in Science and Technology) is one of the most important pillars of research cooperation in Europe, alongside the EU Framework Programme for Research and Innovation, "Horizon 2020". Within the Austrian Presidency of the Council of the European Union, an Awareness Day was held on november 6 in Vienna to inform about the opportunities for participation. Under the theme "Promotion of RTI Networking: COST - A Story of Success", around 120 interested people followed the invitation of the Austrian Research Promotion Agency (FFG), the Federal Ministry of Transport, Innovation and Technology (BMVIT) and COST to Tech Gate Vienna and took the opportunity to network. Throughout november 7/8, the COST CSO Meeting will take place, during which Albania will be admitted as a new COST member. "COST is an important pillar in the European RTI landscape, with great benefits also for Austria", emphasizes Ingolf Schädler, Deputy Head of Section at the BMVIT.

The Awareness Day was opened by Brigitte Weiß (EU Coordinator Innovation, BMVIT) and FFG expert Birgit Steininger. Brigitte Weiß emphasised the special role of the COST programme in the European funding landscape. FFG Managing Director Henrietta Egerth named on the occassion of the Awareness Day the advantages of integrating the programme into the European portfolio of the FFG. "We support researchers in Austria with their participation in COST and also point out cooperation possibilities with other national and European programmes", said Egerth. "The number of actively participating main applicants from Austria has almost doubled since 2015. During the last submission deadline in April, 15 Austrian main applicants submitted their proposals, two thirds of them were supported by FFG", said FFG Managing Director Klaus Pseiner, referring to key data on successful Austrian participation. Last year, scientists in Austria benefitted from the COST program with around 700,000 euros. 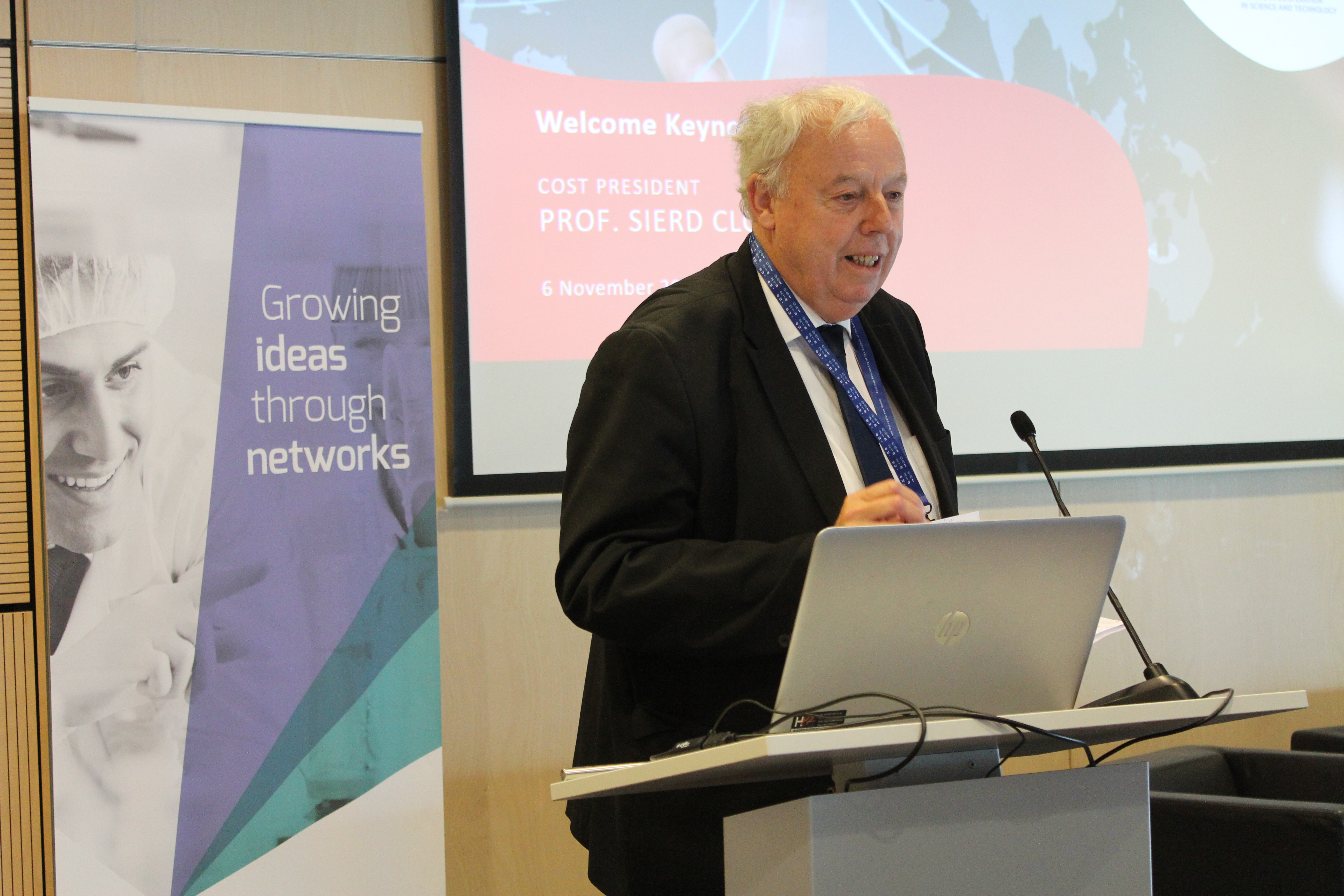 After the keynote speech by COST President Sierd Cloetingh, COST Director Ronald de Bruin gave an outlook on the strategic orientation of the programme. FFG expert Nicole Schmidt, National Coordinator of the COST programme in Austria, then informed about the possibilities for participation and presented the extensive range of services offered by FFG. The event was concluded by a panel discussion with Andreas Falk (CEO BIONANONET), Elisabeth Pötzelsberger (Chair COST Action NNEXT, BOKU) and Ursula Trummer (University of Vienna, Center for Migration and Health), who discussed advantages of participating in the COST programme for a researchers' career. 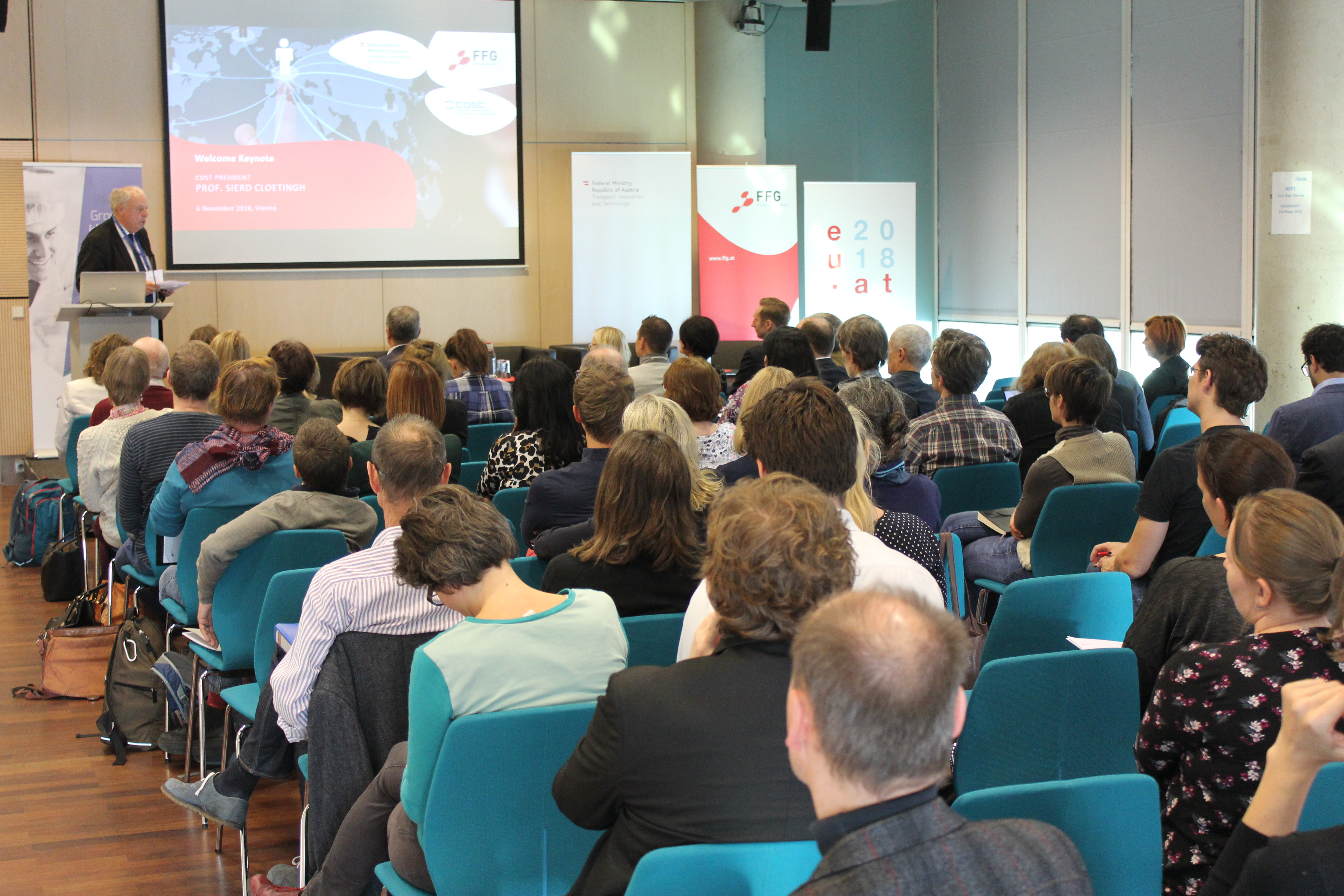 COST (European Cooperation in Science and Technology) is an essential pillar in the European Research Area. Through COST Actions, thematically open research networks are promoted and in this way a common exchange as well as an improved coordination of research activities including the dissemination of their results is made possible. COST also offers the valuable opportunity to involve younger researchers in networks and to contribute to their further education through tailor-made activities.

In its role as the National Coordinator for the COST programme, the FFG offers comprehensive services such as a proposal checks, personal consultations, webinars and information events as well as news updates by regular newsletters.