Under the Austrian Presidency of the Council of the EU, JPI Urban Europe and Austrian Research Promotion Agency FFG, together with BMVIT and BMBWF, invited guests to the conference "10 Years Joint Programming" 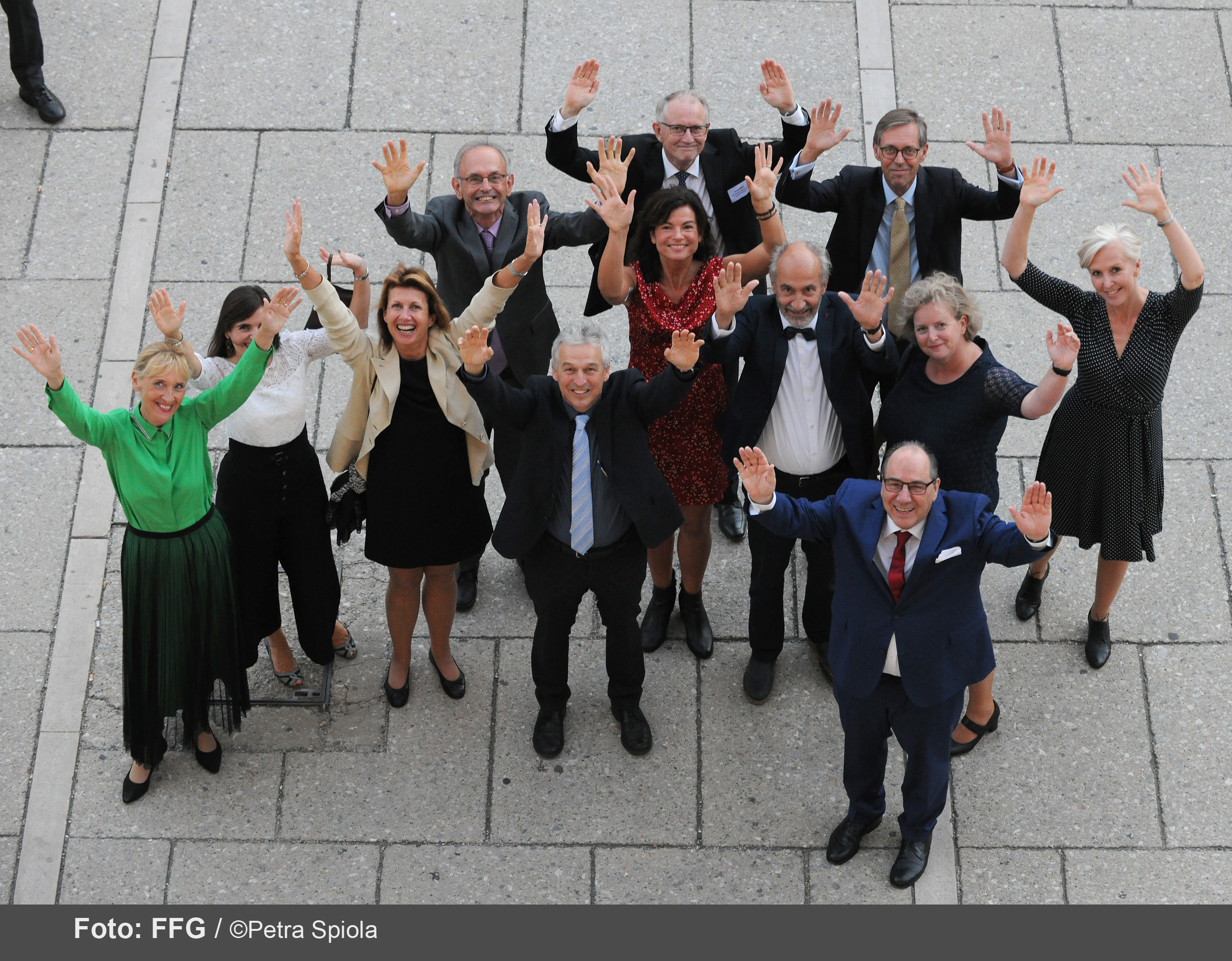 The 10 JPI Chairs met in Vienna for the conference "10 Years Joint Programming - Achievements and the Way Forward".
Fotocredit: FFG/Petra Spiola

Major societal challenges can only be tackled jointly and with substantial support from research and innovation. Over the past 10 years, European countries have joined forces in ten Joint Programming Initiatives (JPIs). Under the Austrian Presidency of the Council of the EU, JPI Urban Europe and the Austrian Research Promotion Agency (FFG), together with the Federal Ministry of Transport, Innovation and Technology (BMVIT) and the Federal Ministry of Education, Science and Research (BMBWF), invited guests to attend the conference "10 Years Joint Programming - Achievements and the Way Forward" on 19 and 20 September 2018. At the conference the declaration "Driving research and innovation to address global challenges" was also presented. The aim is to strengthen Europe's pioneering role in achieving the UN Agenda 2030 and its sustainable development goals.

Tackling societal challenges such as Alzheimer's disease, climate change, sustainable urban development, demographic change or the availability of clean water remains a top priority in order to safeguard our quality of life and that of future generations. Research, development and innovation are essential components for finding solutions and appropriate paths together with policymakers, companies and the general public. Over the past 10‑years, European countries have addressed such challenges in ten joint research initiatives, complementing the efforts of the European Commission in the European Research Programme. “Joint Programming” is the term used to describe joint programme planning among European countries, leading to the development of transnational research strategies and joint implementation through research funding. 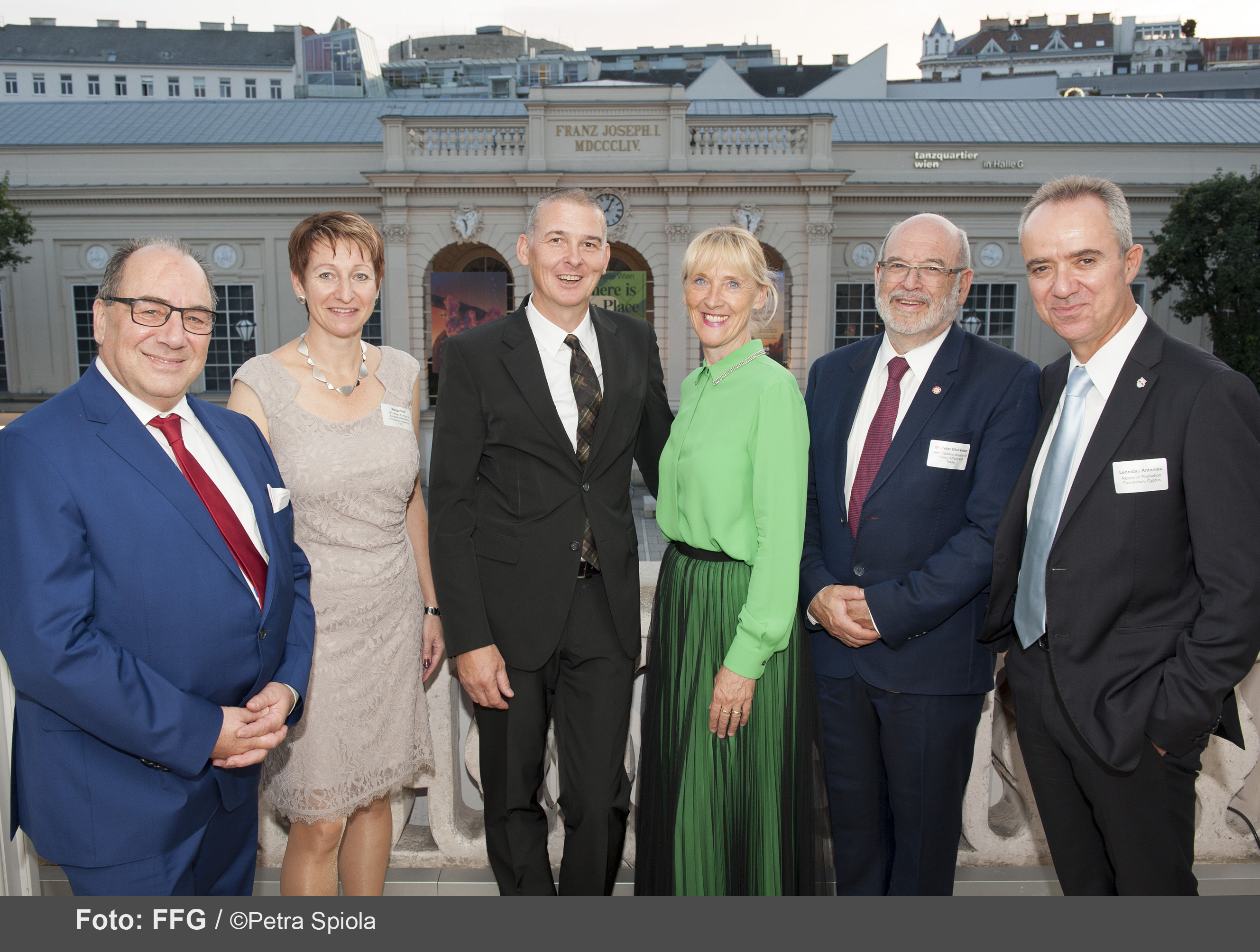 "The ten initiatives have already mobilised more than 650 million euros in research funding from all over Europe and financed almost 500 research projects", said FFG Managing Director Henrietta Egerth. "Since the start of the JPIs, FFG has played a central role in implementing the JPI Urban Europe calls," said FFG Managing Director Klaus Pseiner, referring to the initiative for sustainable urban development initiated by the BMVIT. On behalf of the BMBWF, FFG is also involved in the “Mission ERA” programme, which is part of other JPIs on neurodegenerative diseases, climate change, healthy nutrition and demographic change. In total, more than 50 projects with Austrian participation could be financed, thus strengthening the position of Austrian researchers in Europe.

A special feature of the JPIs is the creation of a research environment that is tailored to the respective thematic priorities. This includes the strong involvement of politics and society in research and innovation, the establishment of a joint research infrastructure as well as new approaches to research funding and the exploitation of results. Ingolf Schädler, Deputy Head of Section at the BMVIT and co-initiator and former Chairman of JPI Urban Europe, emphasised: "With regard to the current negotiations on the next European Framework Programme for Research and Innovation ‘Horizon Europe’ and the discussion of future European missions, the JPIs have a wealth of experience to offer. Moreover, JPIs are a suitable platform for efficiently shaping the future cooperation of the member states on the respective topics together with the European Commission.